skip to main | skip to sidebar

NYUNG NAY RETREAT AND ITS BENEFITS

The Nyung Nay (“NN”) retreat is a two-day intensive practice relating to Chenrezig, the Buddha of Compassion, that includes taking the 24-hour Mahayana precepts with the addition of complete fasting and silence on the second day. Doing even one NN retreat for just two days is said to be as effective as doing any other three-month purification practices, and it is extremely powerful for healing illnesses, purifying negative karma and opening the heart for compassion.

This extremely powerful purification practice of NN was given to the nun Gelongma Palmo directly by Chenrezig as a method to cure herself of leprosy and, eventually, to attain her enlightenment.

In the Tantra of the Eleven-Faced Chenrezig, it says that by doing one NN you can overcome the obscurations and wrongdoings accumulated throughout 40,000 eons of continuous samsara.

There have been many inspiring stories about the actual, immediate karmic result of doing the NN practice. There are many accounts of people who had accumulated extremely negative karma, but were then able to purify it by doing NN retreat.

One of the 84 Mahasiddhas Lavapa said, "This practice of one-seat and fasting or NN is extremely skillful and powerful practice. Previously there was a man who, in order to acquire a certain woman as his wife, killed 6 people and their horses. Full of remorse, he later performed this practice 9 times, after his death he was reborn as a spiritual teacher.

In addition, even if you cannot do the practice yourself, there is immense benefit to sponsoring a NN retreat or facilitating the practice for others. This includes such things as providing the food on the first day or serving the people who are doing it.

For example, it is said that to serve or offer food to a NN participant is the same merit as offering food to an 8th-level bodhisattva. In addition, it is said that by offering food to NN participants even once for a day, the result will be that in all your future lives you will never suffer from famine, and for 80,000 eons you will never suffer from hunger or thirst. All obstacles will be pacified, you will be assisted by devas and your body, speech and mind will be free of defect and everything you wish will occur. Your longevity, merit and prosperity will increase, and you will become a disciple of all the present and future Buddhas. 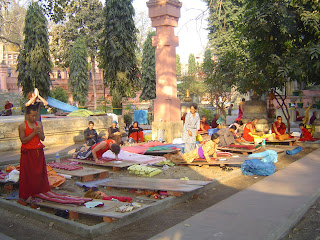 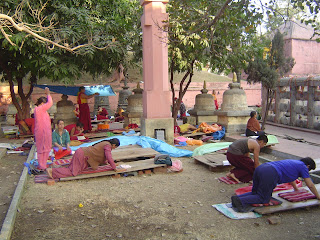 Email ThisBlogThis!Share to TwitterShare to FacebookShare to Pinterest
Labels: Teachings

Chokyi Gyaltsen Center
The new & modern centre is airconditioned and fully equipped with washroom/toilet, tea/coffee making facilities. Chairs, cushions and mats are freely available and everyone is most welcome. 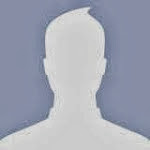 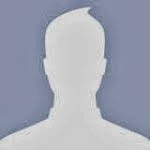